Philip Peter Sonner was born west of Strasburg, Virginia August 29, 1772.  He married Elizabeth Lentz March 1, 1798.  Philip Peter purchased his fathers homestead before the death of his father in 1808.  He was listed as being a miller in a survey taken about 1808.  He and his family lived on the farm until 1817 when he sold it to Peter Hamman and moved west to Indiana.  While much of their journey was overland, they moved down the Ohio River on a raft.  They left the river at New Amsterdam, Indiana and settled a few miles to the east of that river front village.

It is said that they lived in a cave for at time perhaps while constructing a log house.  Much of the old log house still remains.  It is situated near a small stream in a small valley.  A spring house was situated nearby against a hill.  This sitting is very similar to the site where Philip grew up near Strasburg.  Philip, his wife and other relative are buried on the hillside nearby. 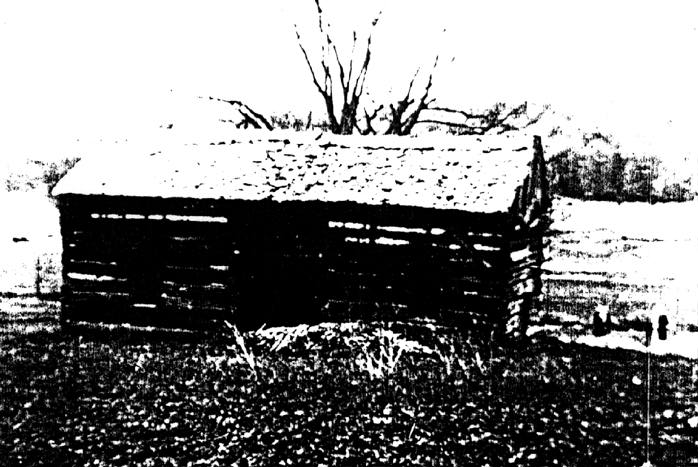 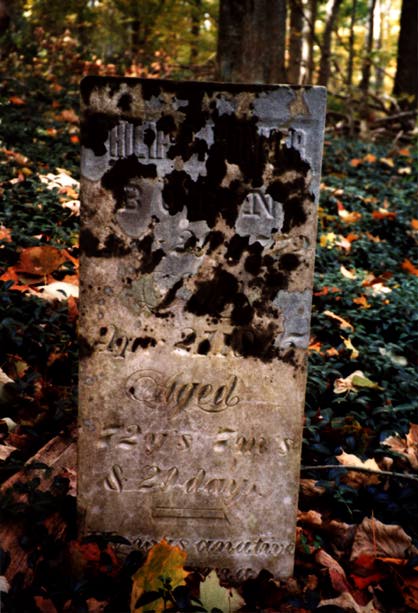 Philip Peter Sonner tombstone.
His wife is buried in the adjacent plot.
Located in the Sonner-Fleshman Cemetery. 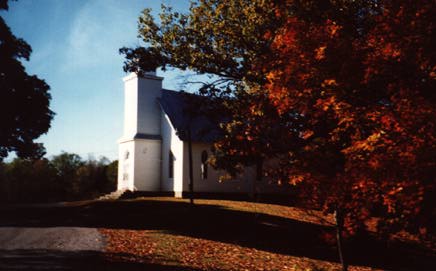 Wesley Chapel
Located about three miles from Philip's homestead.
Many of his descendants are buried her
and at the New Amsterdam Cemetery.
Calvin Sonner Calvin Sonner's Website
Further information about this family is listed in the James Knox Polk Sonner book titled, The Sonner Family History, dated 1899 and Dr. Cecil Sonner's book titled,  A History of the Johan Philip Sonner Family, dated 1980.  Additional information may also be found in Daniel Bly's book titled, From the Rhine to the Shenandoah, Part II, dated 1996.